London, 19 March 2018 - In its latest analysis of the Digital Marketing M&A sector, Hampleton Partners identified Dentsu Aegis Network and Accenture as the top two acquirers in the sector, with 53 acquisitions between them. 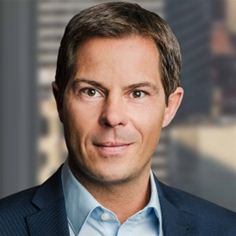 Accenture racked up 15 deals over the same time period, including Wire Stone; whilst JWT; J2Global; IBM and Grey Group came in joint third with five acquisitions each. Hampleton’s report analysis showed that there were 728 active acquirers during the past 30 months and that median disclosed transaction value was $25 million.

European investors dominated the region’s deal-making, accounting for 65 percent of deals involving European digital marketing targets. The volume of transactions in the UK were unchanged in the run up to Brexit and British companies remained Europe's most active buyers. 31 percent of targets had North American acquirers.

Ralph Huebner, digital marketing and e-commerce sector principal, Hampleton Partners, says: “There’s no doubt that reduced marketing spending from core clients; the competitive threat from IT services and consulting firms and Facebook and Google's tight grip on the advertising market combined to create a challenging year for the big six media agencies, forcing them to look at their operations and acquire where they are lacking.

“There’s also major pressure on the sector coming from clients’ demand for greater transparency and their concerns about digital ad fraud and brand safety. We expect this to ramp up deals and investment in digital ad measurement firms and other technology innovators that solve these issues.”

Huebner continues: “This has been amply demonstrated by WPP, the world’s biggest advertising and marketing communications company, recently posting its worst set of earnings since the financial crisis, blaming a slump in spending from some of the largest consumer groups as well as fiercer competition.

Sir Martin Sorrel, WPP’s founder and chief executive also cited, “the impact of technological disruption for the lacklustre earnings which we believe could drive WPP and its media group competitors to make further technology acquisitions to counter an existential threat to their businesses.”

Recent deals in the brand safety sector include digital measurement firm DoubleVerify, which took on $200 million in investment from private equity firm Providence Equity Partners and the high-profile acquisition of measurement firm Moat, which was bought by Oracle last April for upwards of $850million.

About Hampleton Partners
Hampleton Partners is at the forefront of international mergers and acquisitions advisory for companies with technology at their core. Hampleton’s experienced deal makers have built, bought and sold over 100 fast-growing tech businesses and now provide hands-on expertise and unrivalled international advice to tech entrepreneurs and the companies who are looking to accelerate growth and maximise value.