12 April 2012: Waste2Tricity, a structured solutions provider, today announced it has acquired the exclusive rights for AFC Energy Plc (AIM: AFC) hydrogen fuel cells for deployment in the UK energy-from-waste sector. The fuel cells will be used with hydrogen produced by high temperature gasification. The right of first refusal for additional territories, Europe and North America, is also secured.

Waste2Tricity has agreed an Appointment Fee of £1 million, payable at pre-agreed intervals over the next four years. The first instalment of £150,000 will be paid immediately. Waste2Tricity‘s exclusivity is for an initial 10 years and subject to performance and additional payments this will be extended over a further 10 years. 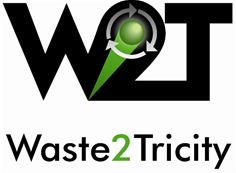 John Hall, Managing Director of Waste2Tricity, said: “Today's agreement for exclusive rights builds on our relationship with AFC Energy. AFC, like ourselves, see tremendous environmental and commercial benefits from treating waste as a feedstock resource, rather than as a problem to be buried in landfill or burned in incinerators. Compared to any alternate technology the significantly higher efficiency of using AFC Energy's technology with high temperature gasification, means we can produce more electricity from the same amount of feedstock. We see this combination of efficiency and clean power generation becoming the dominant solution for post recycled waste and it offers a future proof Carbon Capture ready answer. W2T have a solid pipeline of UK projects and are beginning to assess opportunities in the rest of Europe and North America and we believe this agreement will be beneficial for both companies."

He went on to say: “we all know, the problem with municipal solid waste is becoming critical –and new technologies and fresh thinking are needed to minimise the environmental impact and increase public acceptance of waste disposal.  Because W2T is planning future proof projects today, once fuel cells are deployed, not only will there be ultra-low emissions to the atmosphere, but the process of producing hydrogen for the cells will make every project Carbon Capture ready; creating the possibility of carbon negative electricity.”

Ian Williamson, Chief Executive of AFC Energy Plc said: “This agreement is an example of how AFC Energy is gaining commercial traction for its technology by targeting multiple industrial sectors. We have been very focused on creating licence revenues for our technology.

Working with Waste2Tricity, we are opening up excellent commercial opportunities for our fuel cell products to be deployed within the waste-to-energy sector. Lead-times in this industry can be long and Waste2Tricity are considerably shortening the time scale for market entry. We look forward to working closely with them to develop the most economically and clean way of generating electricity from domestic and commercial waste.”

About Waste2Tricity
Waste2Tricity is a British venture established to implement the most efficient energy conversion process available – by implementing a unique combination of AFC Energy’s new generation alkaline fuel cells with Alter NRG’s plasma gasification and other existing proven technologies. The system will therefore have significant environmental and cost benefits over other methods of electricity generation.  For more information, visit Waste2Tricity at http://www.waste2tricity.com/

About AFC Energy
Founded in 2006, AFC Energy plc is re-engineering proven alkaline fuel cell technology to reduce the cost of electricity. Alkaline fuel cells have been used on US and Russian manned space missions for decades to provide electrical power and drinking water. By using modern materials, design tools and manufacturing processes at scale, AFC Energy is developing fuel cells that will compete with conventional technologies such as turbines for electrical power generation. Today, AFC Energy is pursuing opportunities in several sectors where hydrogen is readily available including the chlorine, clean coal and waste-to-energy industries as well as applications for distributed/back-up power. For further information, please visit our website: http://www.afcenergy.com/.

About fuel cells
A fuel cell is a device that produces electricity, heat and water by reacting a hydrogen-rich fuel with oxygen. Conventional engines and turbines combust fuel to produce mechanical energy prior to generating electricity. The direct generation of electricity allows fuel cells to be highly energy efficient. There are several different types of fuel cell, each with its own characteristic but they are all based around a common central design. Fuel cells are increasingly being deployed for applications ranging from vehicles, domestic boilers, powering portable equipment and large scale power stations.