21 March 2019 – Network attacks targeting a vulnerability in the Cisco Webex Chrome extension have increased dramatically according to WatchGuard® Technologies. In its latest Internet Security Report for the last quarter of 2018, they were the second-most common network attack. The vulnerability was first disclosed and patched in 2017 and attacks were almost non-existent in early 2018, but WatchGuard detections grew by over 7,000 percent from Q3 to Q4. 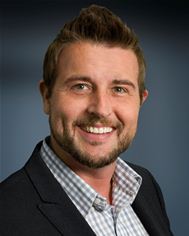 The report also shows that Phishing campaigns saw a dangerous increase in sophistication, with new attacks using advanced methods including threatening to release recordings of users visiting adult content online, customising emails for specific targets and creating fake banking login web pages. Based on data from tens of thousands of active WatchGuard Firebox appliances around the world, a new sextortion phishing attack was the second-most common attack detected in Q4 2018. It accounted for almost half of the unique malware hashes detected, because the email phishing message is tailored to each recipient. The message claims the sender has infected the victim’s computer with a trojan and recorded them visiting adult websites, threatening to send these compromising images to their email contacts unless they pay a ransom.

“There was a noticeable increase in advanced phishing attacks targeting high-value information,” said Corey Nachreiner, CTO at WatchGuard Technologies. “Now more than ever, it’s vital for businesses to take the layered approach to security and deploy solutions that offer DNS-level filtering designed to detect and block potentially dangerous connections and automatically refer employees to resources that bolster phishing awareness and prevention. A combination of security controls and human training will help businesses avoid becoming hooked by phishing attacks.”

The other top findings from the report include:

The 2018 Q4 ISR also includes a granular analysis of source code for the Exobot banking trojan. This highly sophisticated malware attempts to steal banking and financial information from Android devices. The WatchGuard Threat Lab’s analysis includes a list of the 150 sites such as Amazon, Facebook, Paypal and Western Union that Exobot can automatically target, as well as a detailed look at the UI an attacker using Exobot would use to push commands to infected devices.

The findings are based on anonymised Firebox Feed data from over 42,000 active WatchGuard UTM appliances worldwide. In total, these Fireboxes blocked over 16 million malware variants (382 per device) and approximately 1,244,000 network attacks (29 per device) in Q4 2018.

About WatchGuard Technologies
WatchGuard® Technologies, Inc. is a global leader in network security, secure Wi-Fi, multi-factor authentication, and network intelligence. The company’s award-winning products and services are trusted around the world by nearly 10,000 security resellers and service providers to protect more than 80,000 customers. WatchGuard’s mission is to make enterprise-grade security accessible to companies of all types and sizes through simplicity, making WatchGuard an ideal solution for distributed enterprises and SMBs. The company is headquartered in Seattle, Washington, with offices throughout North America, Europe, Asia Pacific, and Latin America. To learn more, visit WatchGuard.com.

For additional information, promotions and updates, follow WatchGuard on Twitter, @WatchGuard on Facebook, or on the LinkedIn Company page. Also, visit our InfoSec blog, Secplicity, for real-time information about the latest threats and how to cope with them at www.secplicity.org.