Co-founder Will Gibson takes new role of Chief Commercial Officer, as the company takes global growth strategy to next level

Cambridge, UK – 6th December 2016 - Telensa, the leader in connected street lighting and Smart City applications, has announced the appointment of Will Franks as Chief Executive Officer (CEO). Franks will lead the company’s continued transformation as it embarks upon the next phase of its global growth strategy, building on profitable revenue growth of over 50% in each of the past two years. Will Gibson, Telensa’s current CEO and co-founder, will take on the new role of Chief Commercial Officer (CCO) as the company prepares to launch a new range of smart city products with new partners in new markets. 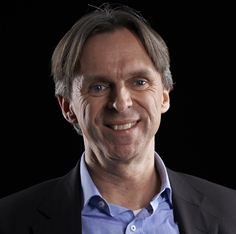 Will Franks has served on the board of Telensa for two years, and has a track record of leading tech companies through the transition needed to sustain rapid international growth. A proven entrepreneur, he is best known as the co-founder and CTO of Ubiquisys, the UK pioneer of miniaturised “small cell” cellular access points, that was acquired by Cisco in 2013 for $310m.

The appointment comes at a time when Telensa is being recognised for its growing commercial momentum in the Internet of Things (IoT). The company currently provides connectivity, control and automation for over a million streetlights across the world, and has extended its reach to cover smart parking and multiple sensor applications. Last month Northeast Group ranked Telensa as the clear global market share leader in smart streetlighting systems, ahead of familiar names like Silver Spring Networks, Current/GE and Philips. The company’s success is based on a robust end-to-end solution with a low-cost multi-decade service life, and a compelling business case built on energy and cost savings for city and utility customers.

“Telensa is defined by technology innovation, commitment to customers and commercial acumen, and that is reflected in our strong record of profitable growth,” said Will Franks, CEO Telensa. “I’m delighted to be joining Telensa to build on this success and drive the next phase of our IoT growth strategy.”

Will Gibson, who co-founded Telensa with CTO Tim Jackson in 2005, has unparalleled global experience as a pioneer of wireless smart streetlighting, and in particular how its economic model underpins new smart city applications. He leads all customer, partner, sales and marketing activity in the new role of Chief Commercial Officer.

Telensa has enjoyed profitable organic growth since it was formed in 2005. In January 2016, the company completed its first funding round, raising $18m from Environmental Technologies Fund and Silicon Valley Bank to accelerate international growth.

About Telensa
Telensa makes wireless smart city control applications, including PLANet, the world’s most widely deployed smart streetlight solution with a global footprint of over one million lights across five continents. Based on a compelling business case with proven scalability, Telensa’s solutions also provide a low-cost platform to add multiple city-wide sensor applications.