14, April 2015, Las Vegas – zLense, a specialist provider of a standalone real-time depth sensing and modelling platform to the film, broadcast and gaming industries, today announced the release of ‘zLense Studio’, an innovative turnkey solution that enables the creation of 3D effects without the need for any additional special production environment. Using ‘zLense Studio’, TV studios of any size are now able to access cinema-quality, yet affordable, on-air graphics. 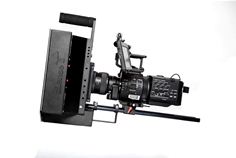 With ‘zLense Studio’, a single operator is able to handle complex production techniques, applying state-of-the-art visual environments that until now were unattainable without special studio set-ups. The breakthrough solution opens the door for small and mid-sized broadcasters to take the production values of their studio-based or OB live transmissions to a new level.

“Operating in real 3D, ‘zLense Studio’ generates a Z composite with appropriate rendering engines to enable the creation of shots that cannot be achieved with traditional, layer keying solutions, “ said Bruno P. Gyorgy, President of zLense. “In addition, workflow becomes much simpler - the consequence of which is cost savings that create a level playing field when it comes to creating eye-catching visual effects that transform the viewing experience.”

“This game-changing development goes beyond simply increasing the resolution of the 2D picture and is working with high resolution 2k, 4k and beyond,” he continued. “This technology is revolutionary from both a technical and commercial perspective, delivering a much more straightforward workflow – in which virtual reality (VR) and augmented reality (AR) are the same – to make 3D graphics accessible to almost every player in the broadcasting industry.”

‘zLense Studio’ gives producers and program directors access to affordable high-quality cinema quality on-air graphics that are easy to set up and use and will enhance just about any studio program format – including news, weather and studio interviews. “Now even local and community TV stations will be able to serve up augmented reality (AR), interactive simulations and visualizations that elevate production values and usher in a new era of creativity that will delight audiences.”

The ‘zLense Studio’ product’s Broadcast software slate has been developed for zLense in collaboration with Akatona Technologies, a specialist producer of broadcast graphics software modules and virtual studios, whose new rendering engine is capable of utilising ‘zLense Studio's’ data to generate and use a Z composite. The zLense platform is also able to integrate with other rendering engines, if needed, provided they are layer-based and can support the delivery of tracking and depth (Z) information.

Hands-on demonstrations of the ‘zLense Studio’ solution can be seen throughout the 2015 NAB Show in Las Vegas, April 11-16, at the zLense booth #SL11124, located in the South Hall (Lower). This will allow visitors to the NAB Show to experience for themselves a virtual studio environment and interact with real-time visualizations (VR) and augmented reality (AR) frameworks.

About Akatona Technologies
Akatona Technologies, established in 1992, is headquartered in Budapest, Hungary, and provides customized professional audio and broadcast video software, as well as data solutions, covering areas such as template driven playout, real-time on air graphics, data vizualization, channel branding, virtual studios, asset management, news production systems and specialized digital signage applications. Since its inception, Akatona Technologies has seen a rapid expansion of its customer base and product range, including more than 30 innovative products and modules that have been added to its product portfolio. Akatona’s affordable products are used by hundreds of customers in Hungary, and central and Eastern Europe, at all levels of the broadcast television, radio and film production market. Based at its Budapest headquarters are the company’s R&D, sales and support operations, which are handled by experienced software engineers and a QA team

About Zinemath
Zinemath, a leader in developing the re-invention of how professional moving images are going to be processed in the future, is the producer of zLense, a revolutionary standalone real-time depth sensing and modelling platform that adds third dimensional to the filming process. zLense is the first depth mapping camera accessory optimized for broadcasters and cinema previsualization. With an R&D center in Budapest, Zinemath, part of the Luxemburg-based Docler Group, is spreading this new vision to all industries in the television, video game, film and mobile technology sectors.